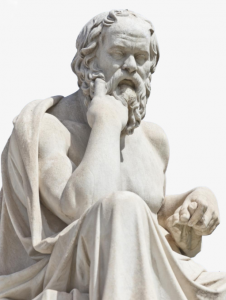 Aim of the Transition Program

The overarching goal of the institute is that student embody fundamental principles, or standards of behavior, that exemplify what is popularly considered important for encouraging personal growth and constructive social behavior. This particular institute embody the following values: Respect, Service, Responsibility, Friendship, Humility, Leadership, Enlightenment, Inclusion, Rigor, Attainment, and Engagement. These are indeed basic human values. The difficulty in imparting values is that values are not generally learned by instruction; rather they are acquired by experience and reinforced through positive observation. This program was developed to proactively promote the development of values and relationships in the following way.

By considering the eleven motto-words in the light of staff and resident discussions, the following three concepts appeared as value-themes that encapsulated the original college motto. These themes are Self-awareness, well-being and sustainable relationships. These themes do indeed address the fundamental elements necessary for the successful transition of a student to their chosen future-role.

The development of self-awareness requires a conscious knowledge of one’s own character and feelings, how they affect not only others but also the environment in which they are operating, as well as the effect on their own physical and mental self (Second Order Cybernetic system). Self-awareness assists and develops the individual’s ability to constructively take feedback and make appropriate adjustments and adaptations. (Cybernetic system). While adaptability has always been essential for human survival, it is now critical because technology has an amplifying effect on human behavior that is accelerating the rate of change.

Well-being contains vital elements for triggering mechanism necessary for value exchange development. Well-being is the bedrock for development of positive relationships with both the self and others. Well-being instils a feeling of purpose and meaning in life. Well-being is thus the pursuit of attaining a state of balance that is forged by life’s challenging and rewarding events. A sense of well-being is vital to the development of a well-rounded individual who will not only contribute to the growth and development of society but also of their family, and themselves.

For day-to-day functioning humans increasingly have to navigating two different environments that demand differ perceptions and behaviors. This duality is something humans have not experienced and research shows it may be the fundamental reason why society, and particularly millennials, are struggling on so many fronts.

In the mid-1940s when digital technology first emerged, there was an explosion of new ways of thinking and a new science – ‘cybernetics’ was proposed. Due to unresolved issues in the Macey Conferences, cybernetics did not take off but it did give rise to system thinking, which ultimately led to ideas of complexity and chaos theory. In the 1970’s, with the start of the internet, there was a re-emergence of cybernetics but in the form of second-order cybernetics[3]. This enhancement of cybernetics is important because it introduced a subtlety that can explain and guide the complex demands of the digital age. Second order cybernetics incorporates self-reflection, evaluation and adaptation of independent systems and the integration of different environments to form a cohesive sustainable system.

Second order cybernetics is thus a sound theory to underpin the value themes self-awareness, well-being, and sustainable relationships and provided a basis for developing a coherent and cohesive Program.

[2] Justification for why the digital environment should be viewed as distinct from the physical environment can be found in the way humans experience first principle concepts. 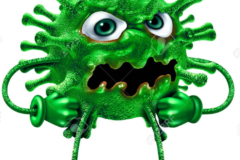 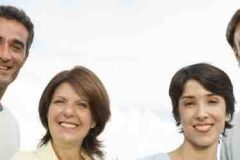 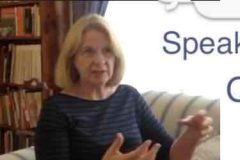