Recently, Diane has turned her attention to the development of courses to the transitioning of students into tertiary education and then into the workforce. These courses are based on her PhD research which is underpinned by Second order Cybernetics. The online sessions may be available on request but permission needs to be obtained from the sponsor first. Please contact Diane for further information.

You can view recent events that she has attended below. If you would like to meet Diane to discuss her research or think she may be the right fit for an upcoming speaking engagement please contact her. 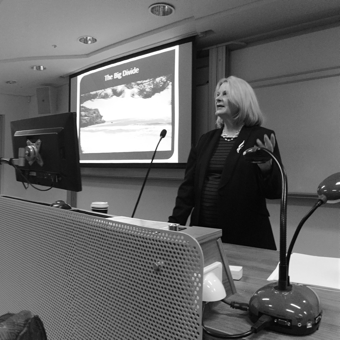 The ANZCA preconference was well organised and most informative. A/Prof Inger Mewburn, known as The…

There is a nice article about the “Being Brilliant: Fostering Intelligence’ workshops that I…

Presenters at the Mensa Conference 2015

What a wonderful and diverse line-up of speakers at the Mensa Conference. There were…

Guest Speaker at the Mensa Conference 2015

Thought before the presentation: I have decided to make my presentation interactive rather than…

What an awesome conference. I met some amazing people and had some challenging moments…

Sometimes it gets hard to try remember when and where paths cross. Here are some of the major speaking engagements that Diane has attended in the past where you may have met her.

2016: Cybernetics of Digital-Engagement: Optimizing the Self for Social Networking. Paper presented at the ANZCA Conference ‘Creating space in the Fifth Estate’, University of New Castle. Australia.

2015: Digital Engagement: Personality Is The Context Of The Text. Paper presented at the 12th Annual Meeting of the Document Academy, Sydney. Australia.

2012: A Digital Divide: The Impact of Digital Network Technology on Individuals and Society. Paper presented at the Curtin University Humanities ‘The Truth is out There’ Conference. Perth. Australia.